View into a Garden depicts the painting studio at Charleston, the large farmhouse Vanessa Bell shared with Duncan Grant in the Sussex countryside. Both Bell and Grant painted the view from the open doors to the garden across a small square terrace. In this painting Vanessa Bell suggests the continuity between interior and exterior, the two chairs making a formal mirror image, the rectangle of the mat repeating that of the terrace, and the flowers in the vase becoming a miniature of the herbaceous border outside. 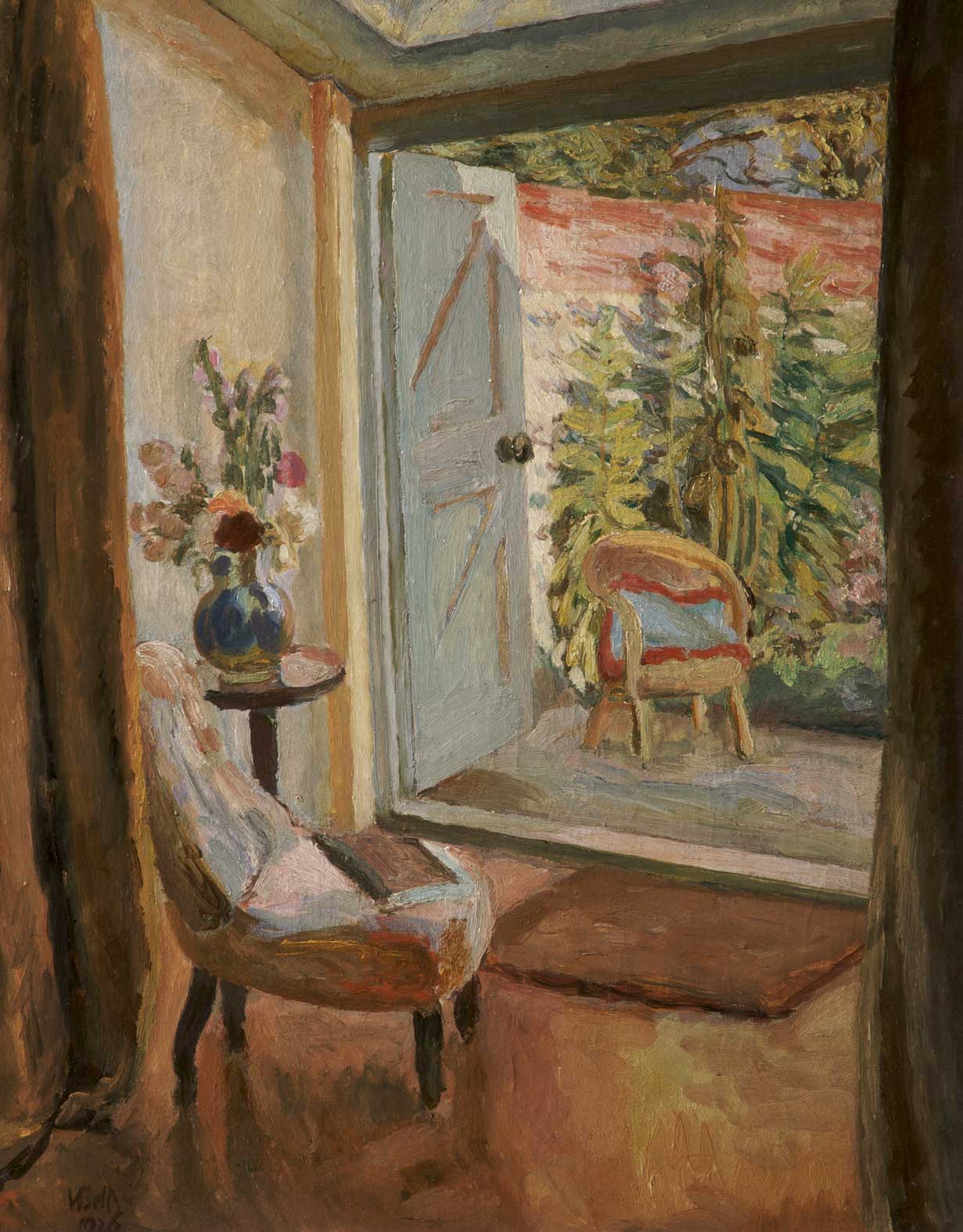 Julian Trevelyan was a painter and printmaker associated with Surrealism. In 1937, he was invited to join Mass Observation’s study of Bolton, known as the Worktown Project. Trevelyan took photographs and produced watercolours during his time in Bolton, but his most interesting response to the town was a series of collages which he made out of scrap material that he carried around in a battered suitcase. 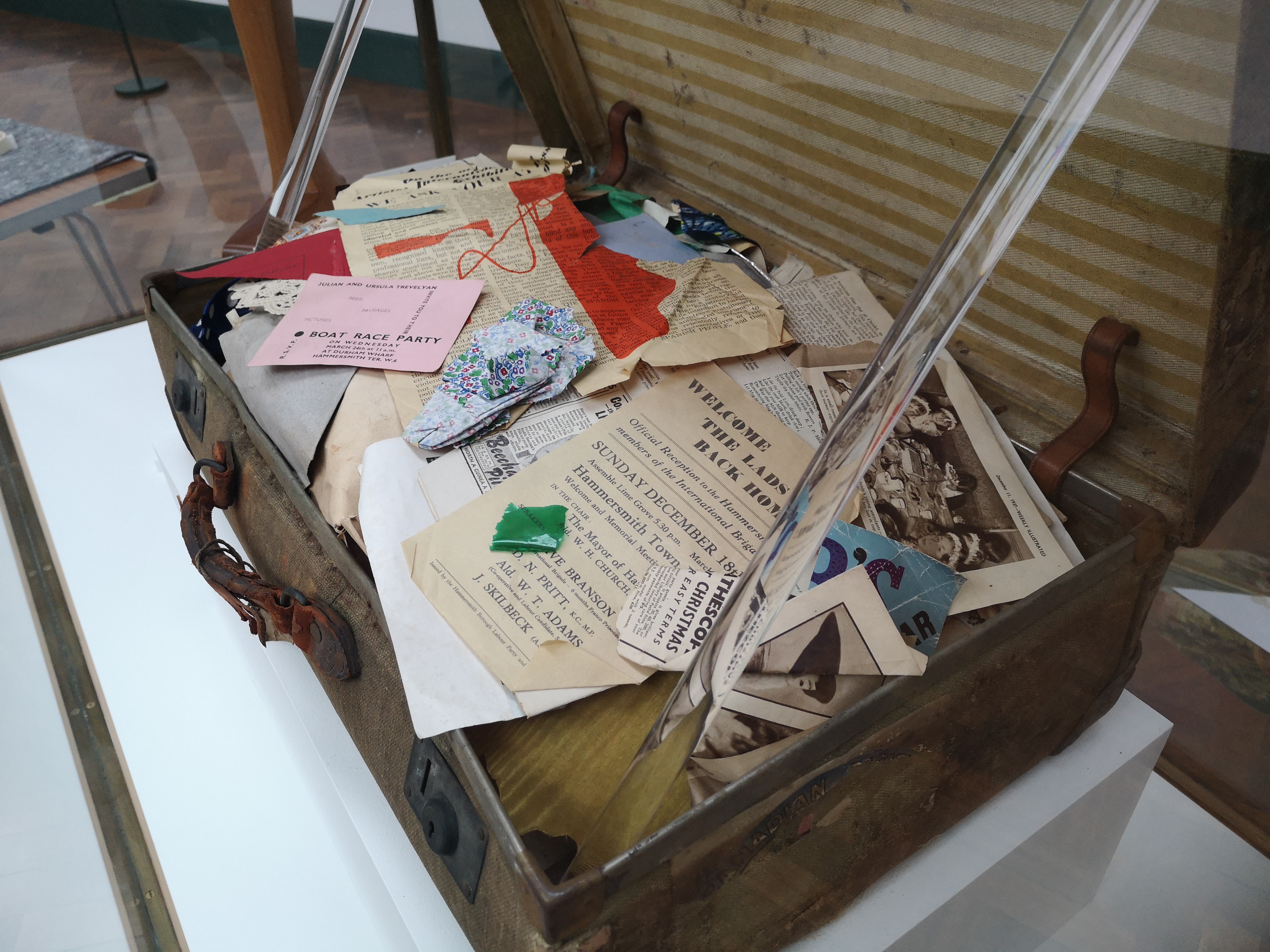 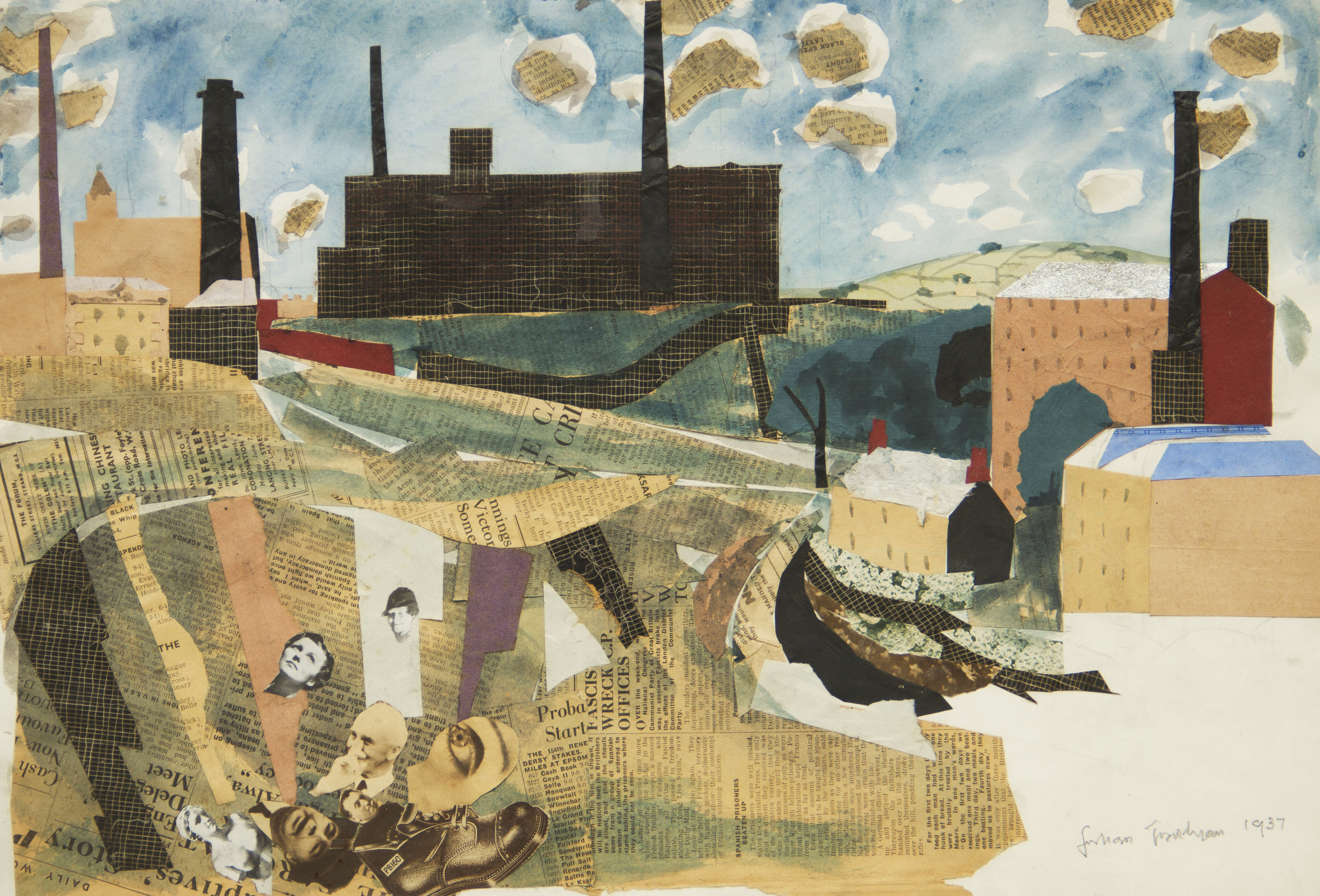 Keith Vaughan’s paintings of the 1950s and 1960s generally include half recognizable images of nude male figures. Vaughan was gay, and at a time when gay men were condemned to a furtive, criminalised existence (sex between men was illegal until 1967), the use of semi-abstract forms, as well as being a formal or structural choice in his compositions, perhaps also provided a way of masking his homoerotic imagery. 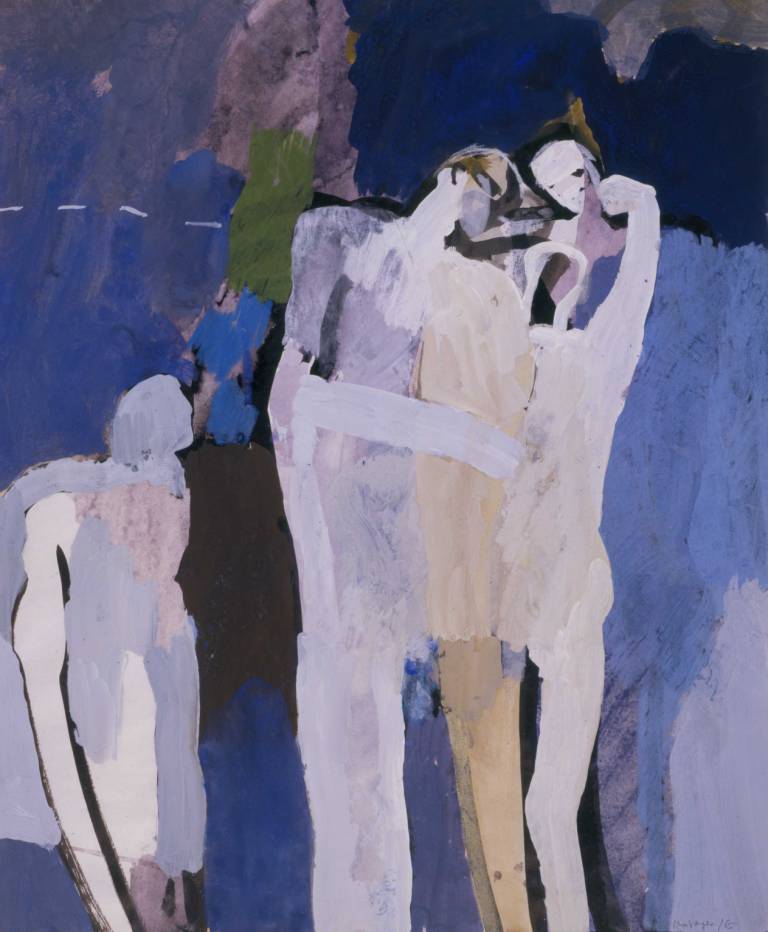 Françoise Taylor (née Wauters) was a Belgian-born artist who later settled in Bolton. Her early training in book illustration at the National School of the Arts in Brussels is evident in this industrial scene, especially the children and animals drawn in black ink. After the Second World War, she moved to England with her husband Kenneth Taylor, eventually settling in his hometown of Bolton. The industrial environment of Bolton had an immediate impact on her art. Françoise would wander the streets of her adopted town, sketching mills, gasworks, back streets and football matches.

Bolton, 1950s has been kindly loaned to the museum by Françoise Taylor’s family. 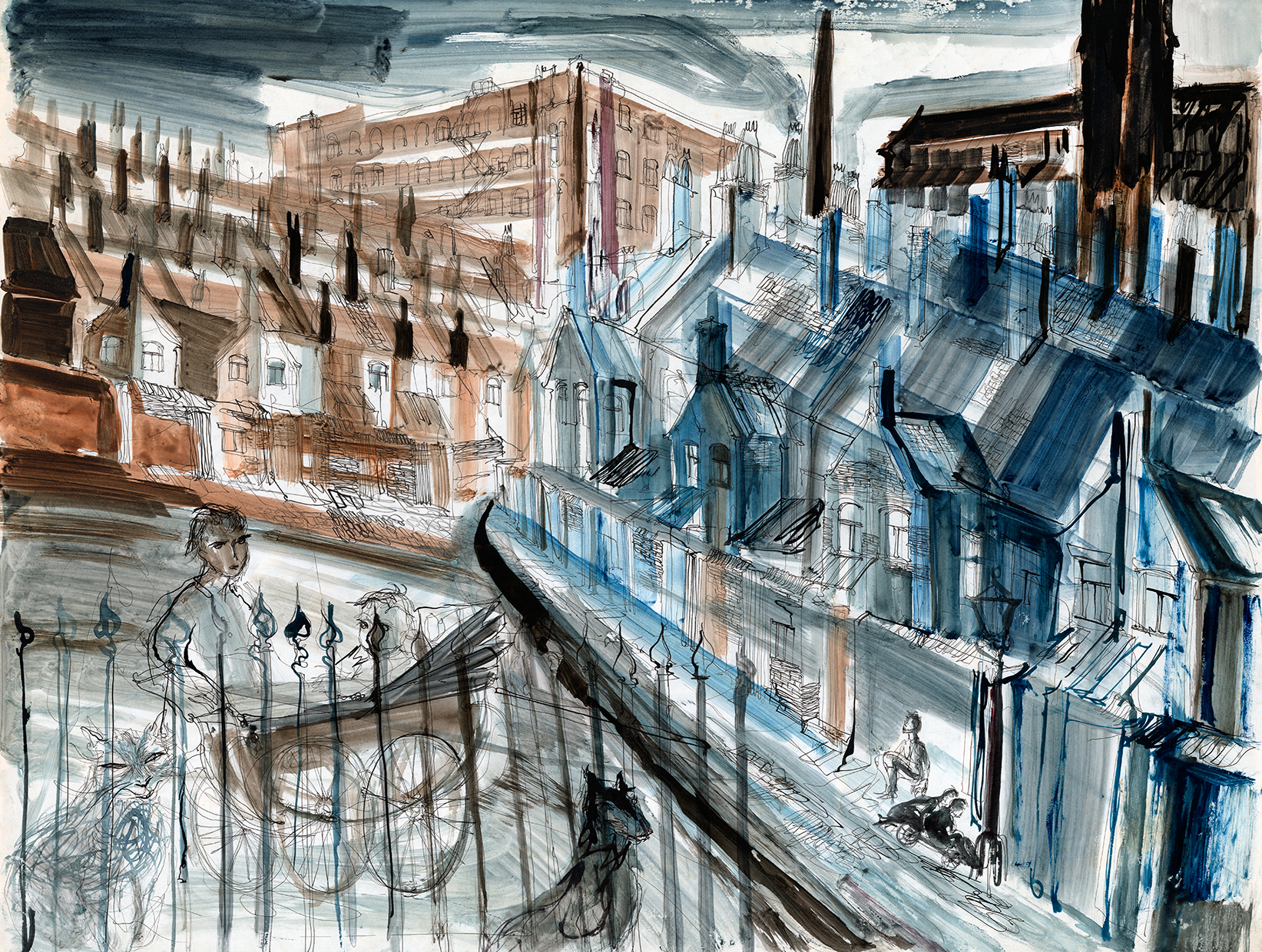 The production of these recordings has been supported by Museum Development North West.